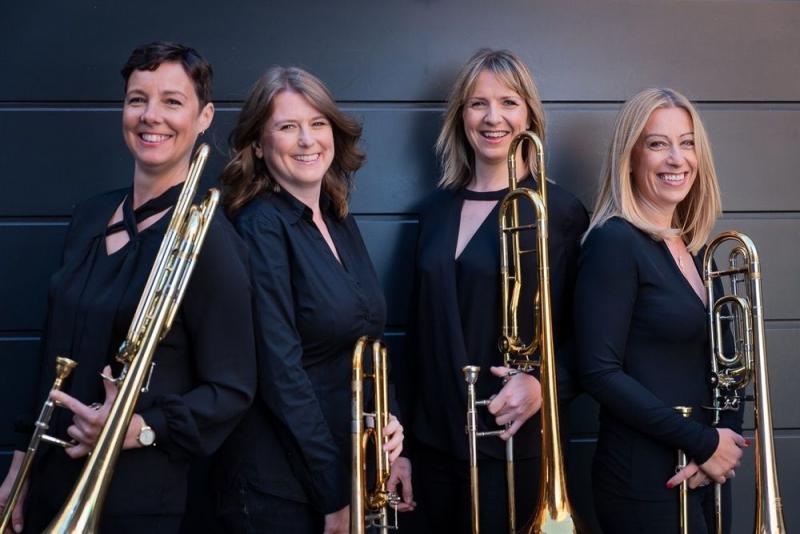 Join us for an exciting, fun day of ensemble playing, masterclasses and more.

Admission is free for BTS Members, £10 for non-members and is open to all ages and abilities.

Parking is available in a number of nearby car parks. Refreshments will be provided, but bring a packed lunch. There are a number of cafes nearby (U18s will be required to remain in school unless accompanied).

Highly acclaimed trombone quartet Bones Apart has established itself as one of the world's leading chamber ensembles. With innovative concert programming and unique and inclusive education workshops, Bones Apart has delighted audiences around the world for over twenty years.

The quartet has appeared at many national and international music festivals including the Edinburgh International Festival, Cayman Arts Festival, International Belgian Brass Academy, International Trombone Festival, Lieksa Brass Festival, Royal Over-Seas League Arts, Sauerland Herbst Festival, Music In The Round and the Vilnius Festival. This has involved touring much of Europe, the United States, Japan and the Caribbean.

Since forming in 1999, the group went on to win the prestigious Royal Over-Seas League Competition, Rio Tinto Ensemble Prize and Miller Trophy. The quartet has performed at major venues including London's Wigmore Hall, Queen Elizabeth Hall, Fairfield Halls, Royal Festival Hall, St. James's Palace, St. Martin-in-the-Fields and Symphony Hall in Birmingham. The group has also appeared on television and radio and been featured in articles in Muso Magazine and the Brass Herald among others.