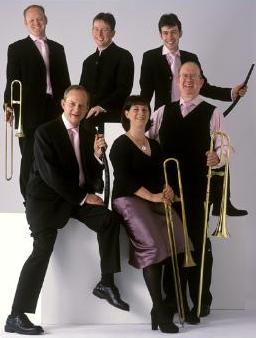 This Sunday, the sweet sounds of early brass will be broadcast on BBC Radio 3 in a special programme celebrating 25 years of His Majestys Sagbutts & Cornetts.

The British group which is a regular at the BBC Proms, has over a dozen CD releases and regular tours throughout Europe and beyond is being featured on the Early Music Show. The programme is mainly comprised of music from a concert of music by Giovanni Battista Grillo and Giovanni Gabrieli at the Spitalfields Festival, London in the summer, strung together with chats between Catherine Bott, Jamie Savan and Jeremy West.

Anybody listening from abroad, or who wants catch up with the programme later, should be able to listen on the internet for up to a week following the broadcast on the Early Music Show website.