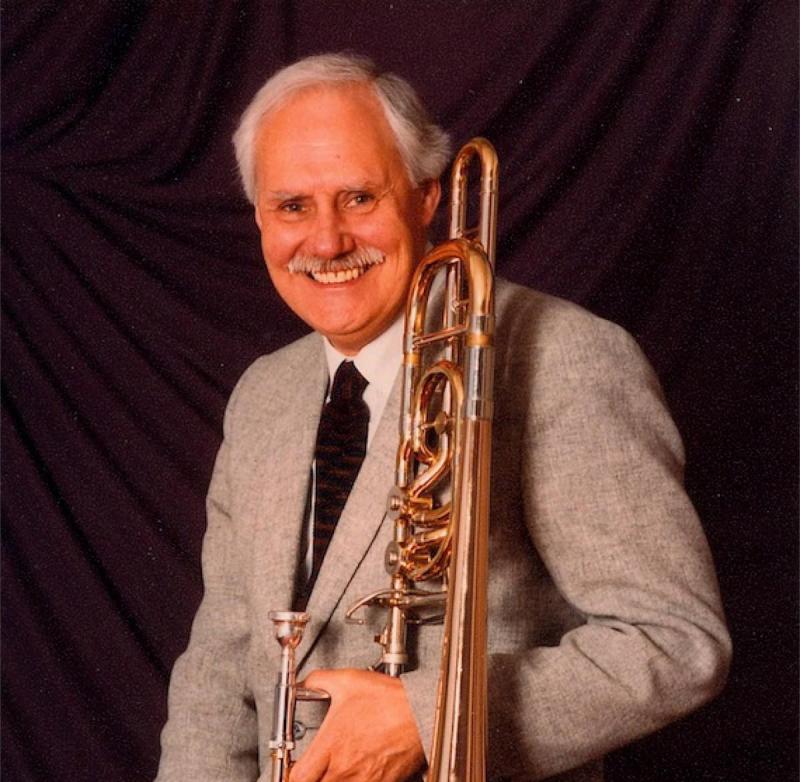 The BTS is delighted to learn that Bill Geldard has been awarded the British Empire Medal for ‘Services to Music’ in the 2022 Queen’s Birthday Honours.

Born in 1929, Bill became a professional musician at the age of 15, going on to play 1st Trombone in the RAF Central Band during his National Service. He was a founder member of the George Evans Orchestra and played and arranged for the Ted Heath Orchestra.  Bill worked with Johnny Dankworth and free-lanced with Geraldo, Mantovani and many more.

In the 1970’s he formed The Bill Geldard Tentette and The Bill Geldard Big Band and was a guest conductor of the BBC Radio Orchestra. Recognised as one of the country’s top arrangers Bill recorded many albums of background music, composed and arranged by him for TV and Film: he was also active in the Brass Band movement as a conductor and arranger.

In the 1990’s Bill took part in an oral history project exploring the development of jazz in the UK, now lodged at the British Library, which can be listened to here, and in 2019 was the recipient of the BTS Outstanding Achievement Award. Now in his 90’s Bill is still active as a musician, leading Big Bands in his local area.