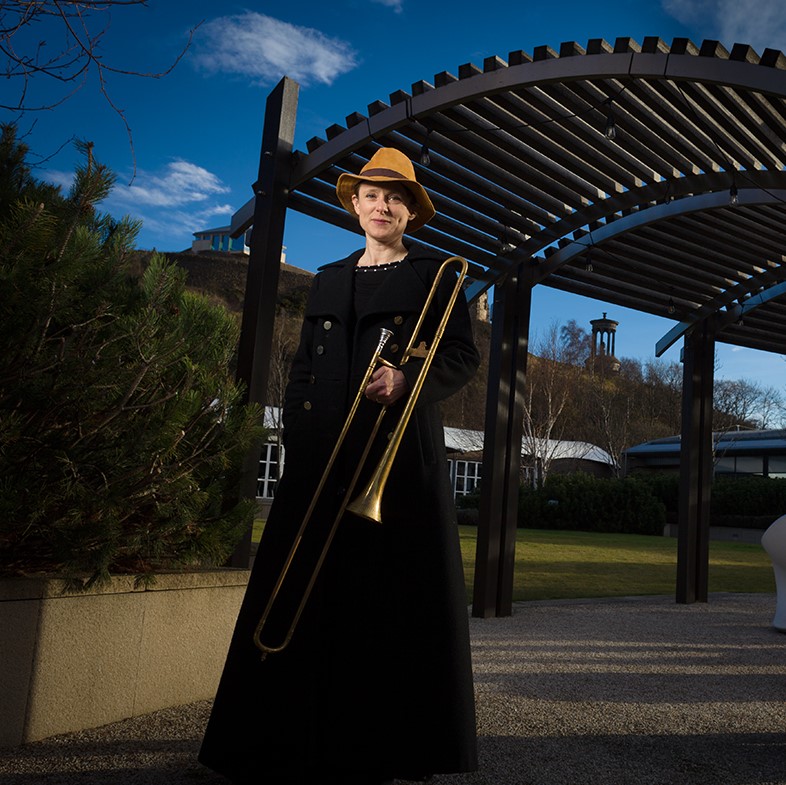 The BTS is proud to present our Sheila Tracy Award 2022 to Emily White. 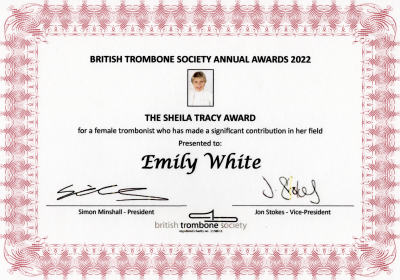 Emily loves the freedom that can be found in early music performance practice and contemporary music. She is a freelance musician specialising in historical performance and new music and has commissioned many new pieces for sackbut. Emily directs Sackbut Frenzy, which includes former and current students of hers. Their first album A Cry Was Heard, of solo and ensemble, new and old music, for early instruments, was released with Deux-Elles in October 2022.  Her trio, Pandora's Box, with John Kenny and Miguel Sevillano Tantos has toured their improvisatory take on contemporary and early music to Portugal, Spain, Ireland, UK and USA.

Emily is a member of The English Cornett and Sackbut Ensemble, whose 16 albums include Classic FM disc of the month, BBC Choice, several Gramophone Awards and Diapason d’Or winners. She plays principal regularly for Il Giardino Armonico in Italy, including on the Diapason D'or Disc of the Year La Morte della Ragione. She also works with Alte Musik Berlin, B'Rock, Les Talens Lyriques, and the 'crack British ensemble’ (The Observer) In Echo.

John Kenny wrote his ground-breaking sonata for female trombonist Secret House for Emily. She released a recording of it with Carnyx & Co. and a video on her YouTube channel Emily White Sackbut and Trombone in 2021.

Emily is professor of sackbut at The Guildhall School of Music and Drama, teaches trombone and sackbut at the Royal Welsh College of Music and Drama and trombone at Wells Cathedral School. In autumn 2022 she was a guest sackbut tutor at Trossingen Conservatoire in Germany.  She was awarded an ARAM for services to early music and is a Conn-Selmer affiliated artist.

Emily studied trombone at The Royal Academy of Music and The Guildhall School of Music and Drama, and baroque violin at Trinity Laban.