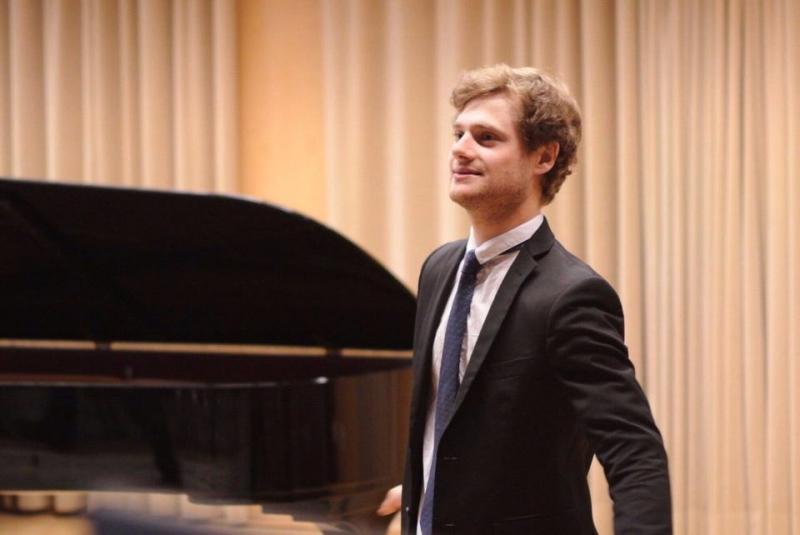 Next up is Kris Garfitt, who has been chosen as Player of the Year. Congratulations, Kris! 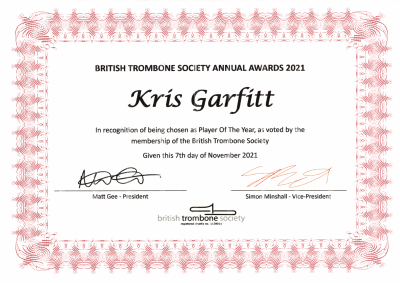 He graduated in 2015 from the Guildhall School of Music and Drama (GSMD), London, with a First Class Honours Degree and the GSMD Brass Prize (funded by the Armourers and Brasiers Company). During his time at Guildhall he undertook regular lessons with Eric Crees, Christopher Houlding and Peter Gane and later with Fabrice Millischer of Freiburg Musikhochschule. Kris is now receiving regular instruction from Guilhem Kusnierek of Saarbrücken Musikhochschule.

Alongside his orchestral career, Kris also manages to navigate a busy schedule as a solo musician. He has worked with ensembles such as the Vilnius City Chamber Orchestra, the Budapest Strings Chamber Orchestra, Jeju Philharmonic Orchestra and Luxembourg Military Orchestra, performing concertos by Nino Rota, Henri Tomasi, Lars-Erik Larsson, Christopher Rouse, Vladimir Cosma and Gyula Fekete. Shortly after winning his first job Kris experienced an increased interest and love of the trombone’s wonderful solo literature, leading him to start a duo with the exceptional Korean pianist, Seri Dan. Together they perform regular concerts throughout Europe and beyond, and are planning to release their first album in 2021.

Kris also has a passion for music education and regularly offers guidance to trombonists of all levels, on a private basis and in the form of masterclasses. He has been the brass tutor of the City of Sheffield Youth Orchestra since 2016.