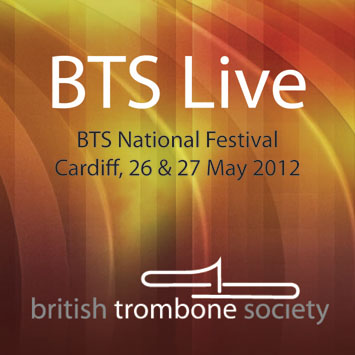 The 2012 British Trombone Society National Trombone Festival was held on the weekend of 26-27 May at the Royal Welsh College of Music and Drama in Cardiff. This new compilation presents a selection of different types of music recorded during the festival, from solo unaccompanied trombone to massed trombone choir, jazz to classical.