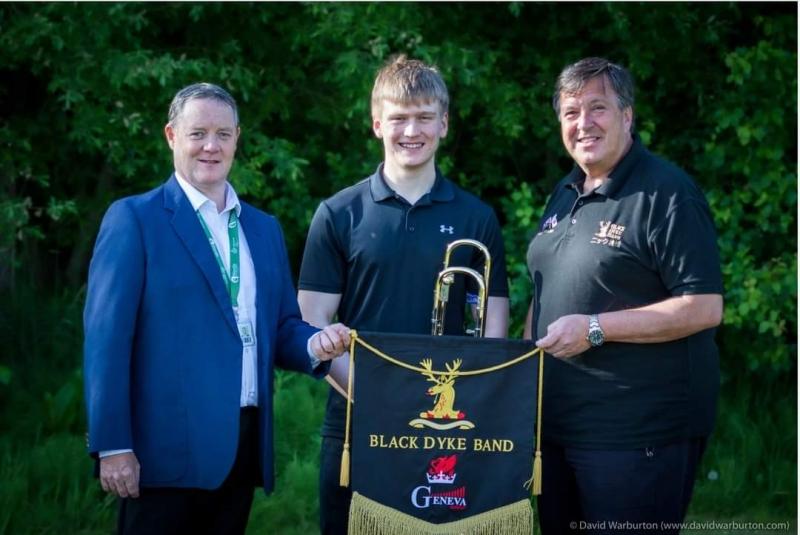 Black Dyke Band is pleased to announce the appointment of Adam Warburton as the band’s Co-Principal Trombone Player.
Adam is the current Principal Trombone of the Wardle Anderson Band as well as the The National Youth Brass Band of Great Britain and the Yorkshire Youth Brass Band. He recently won the Solo Award at the European Youth Brass Band Championships in Birmingham with Wardle Academy School.
Brett Baker has been his teacher for many years and commented “I could not be more proud of Adam, having worked with him since he was a very young man. When Professor Nicholas Childs made the suggestion of this position I was delighted. Adam is an impressive band player, and soloist, who works hard on all aspects of his playing and does not leave any stone unturned, he will thrive in this new position and it will also allow him to continue with all his existing commitments as a band player and soloist.”
Adam commented...
“When I was approached, I knew this was an opportunity I could not turn down having recently had the opportunity to play for Professor Childs at the Grand Shield with Whitburn. I can’t wait for the challenges and opportunities which lie ahead and am looking forward to working alongside Brett, Garry and Adam as a member of one of the great trombone sections in brass banding. I also want to thank Lee Rigg, Sean Conway and Brad McCulloch for their support and guidance during my playing career so far.”
Pictured above with Adam is Lee Rigg, Adam’s conductor since he started in Junior Blast through to Wardle Academy and Black Dyke Director of Music, Nicholas Childs.