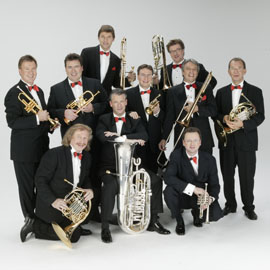 German Brass, the ten-piece ensemble of distinguished brassmusicians from major German orchestras, will visit the UK next monthfor a whirlwind tour of concerts and masterclasses. Visiting Glasgow,Manchester and London, their performances will include their ownarrangements of music by Bach, Beethoven, Johann Strauss and Liszt.

Tickets for Guildhall events: £10 (£5 concessions, Guildhall staffand students) for both days (no single day tickets) from the BarbicanBox Office 020 7638 8891.