You are here: Home > News > New Signing at Skelmanthorpe 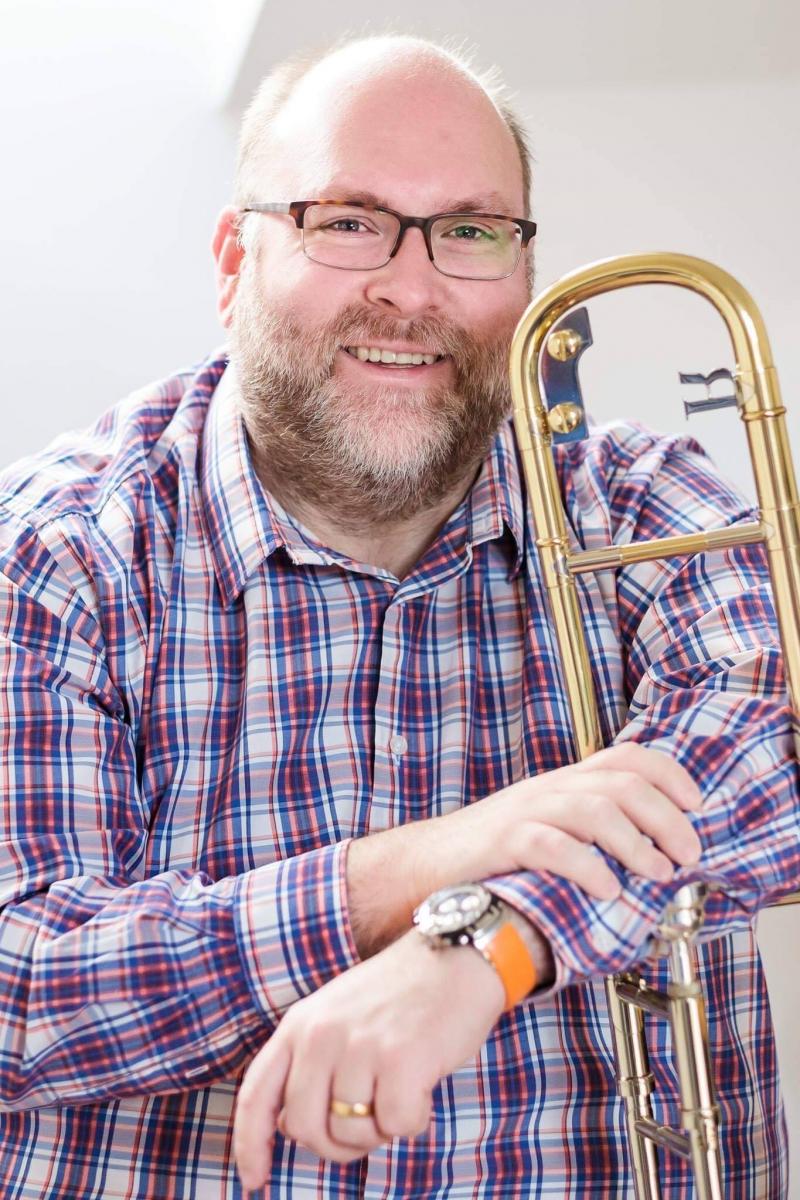 The Skelmanthorpe Band is delighted to announce the signing of Damian Hall as their new Solo Trombone Player.

Damian started playing the trombone at the age of nine with the Marsden Band, quickly rising through the banding ranks to eventually be appointed to the Solo Trombone seat at Hammonds under the leadership of the great Geoff Whitham. After a long break from banding Damian was inspired to play again, having some wonderful experiences with Wakefield Metropolitan, Stannington and more recently Boarshurst.

Damian commented "I am delighted to have been welcomed into the Skelmanthorpe Band Community. It’s fabulous to be part of such a quality band with a great heritage and mature outlook which strikes the perfect balance between strong musical ambition and a supportive team atmosphere. I’m really looking forward to preparing for the Grand Shield with the band over the coming weeks.”

MD Martin Heartfield stated "I am delighted to again make a signing of real quality that will strengthen the playing personnel of the band, making a strong statement of our intentions to establish ourselves in the Championship Section.”

Damian will make his debut with the band at their next concert on April 6th with the Black Dyke Trombone Quartet in Huddersfield.