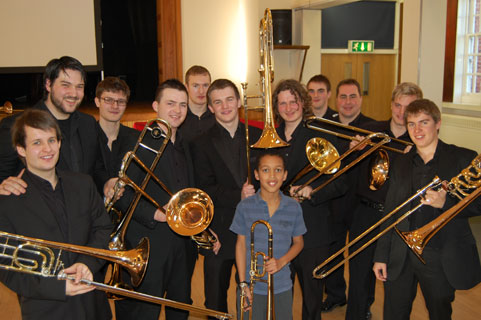 On Thursday 22 November 2012, trombonists of the Purcell School, Bushey join the Royal College of Music Trombone Choir for a recital of music for large trombone ensemble from the 16th century to the present. The concert starts at 6:30pm and takes place at the Purcell School, Aldenham Road, Bushey, Hertfordshire. Admission is free.

Individual successes are numerous with recent and current students successfully auditioning and trialing for many UK orchestras including: