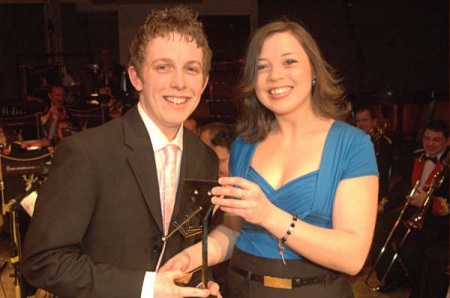 Stephen, who is principal trombone of The National Youth Orchestra of Great Britain, performed Hoagy Carmichael's Stardust and Philip Wilby's White Knuckle Ride during the Final, held at the Royal Northern College of Music, Manchester on 21st February. All four finalsts were accompanied by the Black Dyke Band conducted by Nicholas Childs.

The young star receives an invitation to perform alongside a championship standard brass band with a guaranteed broadcast on Radio 2 and an appearance on Friday Night Is Music Night.

Stephen has told the BTS that he is delighted to have taken the title, hopes that it will be the start of many things and will be a launch pad for what he hopes will be a musical career.