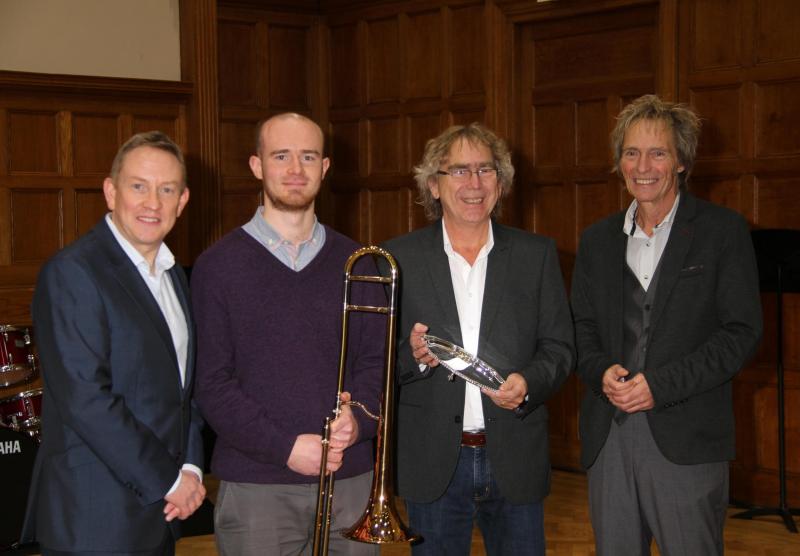 The finals of the biennial Don Lusher Jazz Trombone Competition were held in the Great Hall of Oundle School at the Annual General Meeting and East Anglia Trombone Day on Sunday 20th November 2016.

Richard and Lewis each received a prize of £100 each, courtesy of Korg UK.

Well done to all competitors in this year's competition. A full report of the event will be published in the Spring edition of the Trombonist magazine.