You are here: Home > News > Your New President - and almost New Committee! 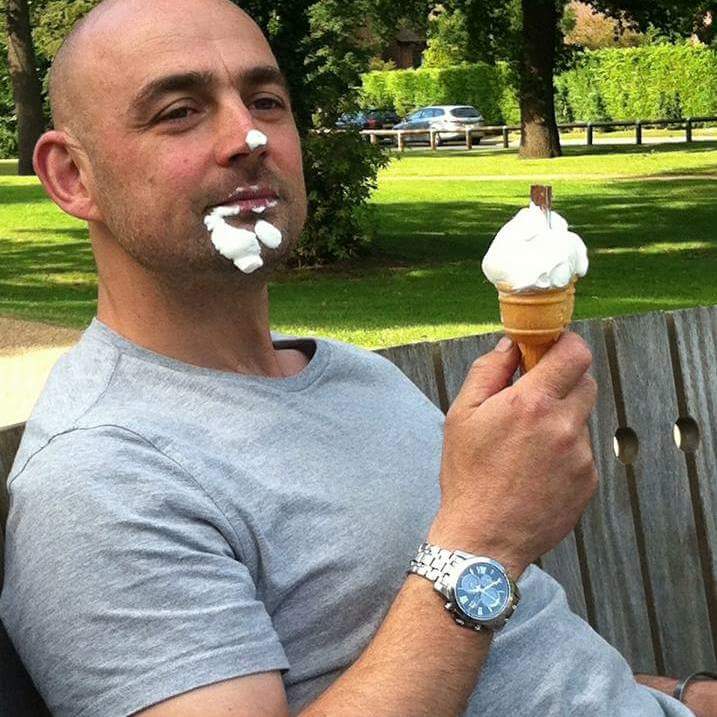 At the Annual General Meeting, Liam Kirkman took the reigns as President of the Society as Christian Jones' two year tenure came to an end. Liam hails from Hertfordshire and despite having played with the likes of Michael Bublé, English National Ballet, Radiohead, the John Wilson Orchestra, Lady Gaga etc, frequently struggles to hold a straight note and play a one octave scale evenly and in tune! We're not sure whether he's a jazzer or a mumper, coming or going. He is frequently found in the melting pot known as London’s West End. Oh, and wants to increase the membership!

Simon Minshall stepped down as Treasurer to concentrate on editorial work for the magazine, and passed the receipt book to Christian Jones who took up the mantle after stepping down as President.

As Geoff Wolmark retired after ten years as Secretary, the workload has been divided between Chris Sowerby, former Membership Manager, now Administrator and Alison Keep takes over as Secretary. 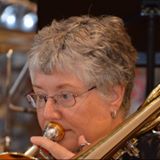 Alison was born in Lancashire, but brought up in Windermere, Cumbria and educated at the local primary school and Kendal High School. She studied librarianship at Robert Gordon's in Aberdeen and after a brief spell in the RAF, settled into librarianship in a variety of posts including county cataloguer for Moray & Nairn District Library in Scotland and mobile librarian for Norfolk County.

Her husband had a printing company, so when she married began typesetting and design for him, seeing books (and other publications) from the opposite point of view as it were. 35 years later Alison has now retired.

A keen sailor, Alison started in dinghies on Windermere, progressing to offshore racing with moderate success. After the arrival of her two children in the 1980s, she retired from the racing scene and joined the cruising fraternity. Alison and Richard now maintain a boat at Walton on the Nase and sail locally on the east coast, although they have spent many family holidays sailing to Holland.

Musical life began whilst the children were at school, when she fulfilled a childhood ambition to take up the trombone and now plays regularly in two orchestras and a wind band, which together with work on the committee of the British Trombone Society, take up a considerable amount of time. Alison has even branched out into composing and arranging.

Being the sort of person who can't sit with empty hands, any 'spare time' is filled with spinning and weaving and it a rare time when there is not a fleece next to the spinning wheel or a warp on the loom. 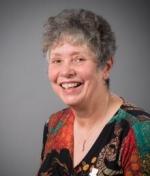 Rosemary succumbed to the joys of trombone playing a decade ago after a 50 year interval from playing her only other instrument (the descant recorder . . .). The combined persuasive skills of Peter Smalley and David Bates of Northamptonshire Music and Performing Arts Trust coaxed her into playing and to continue practising for a few years until she reached the standard to play with Kettering Town Silver Band and The Sixties Band, which is based in nearby Rothwell.

She still plays with these bands (bass trombone) and also The Rusty Players of Oundle (the alternative RPO!). This being a forty piece orchestra of prodigal sons and daughters who have returned to the music world after long absences. Rosemary was introduced to them whilst rounding up lapsed members for the BTS. These included Cliff Bevan, one-time trombonist and keyboard player with The Temperance Seven. Cliff has composed pieces for the Rusty Players including The Oundle Rounds and The Nene Variations and knowing they were lacking a trombone section, he nudged me in that direction.
she joined the BTS in effort to find some tuition after David headed west. Rosemary is still looking; although the events she has attended over the last four years have been inspirational. The masterclasses are something again, and the mass blows are a wonderful testimony to the inventiveness of the arrangers and the collective power of the instrumentalists.

Rosemary is pleased to have been asked to join the committee and looks forward to working with the good and the great to steer the Society in its continued development.

Also new to the Committee is Dávur Juul Magnussen.  Dávur  hails from Tórshavn in the Faroe Islands and is principal trombone of the Royal Scottish National Orchestra. He is currently on a sabbatical until 2017 to pursue other projects. These include chamber music projects, festivals and recording home and abroad.

Dávur is a Courtois Artist and plays a A440 Legend. 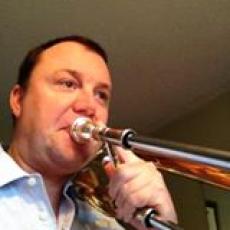 Another new Committee member, Adrian Taylor first started playing the trombone at the age of 11, but before that he played the trumpet and cornet. He grew up in Sussex but moved to Birmingham in 1986 to study music at the University of Birmingham and received trombone lessons at the Birmingham School of Music with Reg Reid and Denis Wick.

Adrian has subsequently been a professional trombonist in the British midlands for over 25 years, playing with a number of professional orchestras, theatre companies and chamber ensembles, which have included the City of Birmingham Symphony Orchestra, English Symphony Orchestra and the Royal Shakespeare Company. He spent a couple of years playing with the Natal Philharmonic Orchestra in Durban, South Africa and has been a founder member of Brass Pages Quintet, In-Slide-Out Trombone Quartet and English Trombone Consort.

As well as working as a trombonist, Adrian conducts the Birmingham Schools’ Wind Orchestra and is often invited to conduct other wind groups, brass bands, orchestras and other ensembles. In July 2006 he conducted a massed trombone ensemble of 385 players at Symphony Hall in Birmingham for the International Trombone Festival and is looking forward to a similar event next year in Leeds.

Adrian has composed and arranged a large quantity of music, much of which is published by Warwick Music. Recent works for trombone include “Simple Studies on Trombone Technique” (for Grades 1-3) and “Melodic Studies on Trombone Technique” (for Grades 4-8) both of which are published by Warwick Music and a new tutor book for all brass instruments is due for publication later this year. He was commissioned to compose some short ensemble pieces for the ABRSM Music Medals and has also arranged music for brass ensemble, brass band, wind orchestra, symphony orchestra and trombone ensemble, including 4 pieces performed at Symphony Hall for the ITF.

Adrian is also a qualified teacher and teaches children to play all brass instruments for the music service in Birmingham and has taught for a number of other music services, independent schools and universities.